I have this friend. She uses excuses to get out of everything related to being a responsible adult (and I mean everything!). The worst part is, she’s been doing this for so long, excuses are now a deeply embedded part of her personality.

I used to gently nudge her toward ways to solve her excuses so she’d stop holding herself back, but she has the market cornered. Seriously, it’s an impenetrable force field. Her life isn’t at all how she wants it to be, and instead of taking responsibility for it, she pulls out her scroll of excuses and reads out the section called “Reasons Why Nothing Is My Fault.”

Truthfully, I’d have more respect for her if she were to just come out with it and say, “I’m not doing this or that because I’m too lazy.” Let’s face facts: if she wanted her picture-perfect lifestyle badly enough, she’d do anything to get it.

Why do I bother with her? Because at one time, I was her: ambitious, motivated, determined, but when things weren’t going how I wanted them to I was suddenly a victim of my environment. This led to years of spinning my tires. My excuses were always there to break my fall… until they weren’t. Like my friend, I was participating in a blind game of self-sabotage that led to my life turning out exactly how I swore it never would.

Like all bad habits, excuses are easy. They allow you to box yourself into your comfort zone and be “okay” with your life. After a while, you’ll find this way of living isn’t enough for you. You can either accept where your life is (which is the excuse-coated version of “give up”), or you can eliminate your excuses by taking responsibility for where you are now and more importantly, why you created the excuses in the first place.

So what’ll it be? Yeah, I thought so. To help you get started, here are 7 ways to eliminate your excuses:

1. Read Between the Lines

If you’re unsure of where the excuses are coming from, simply ask yourself: if you were to succeed and accomplish what you want, what’s the worst thing that could happen? List off every worst case scenario, and you’ll likely recognize a theme. This is the issue to tackle.

2. Stop Ending Your Statements with a “But…”

This is a little trick I use that works every time: instead of saying “I’d really like to, but…”, cut yourself off and say “I’d really like to.” This triggers your mind to focus on the plans you need to make to reach your goals, instead of the roadblocks currently in your way. Instant motivation!

One of the big things I noticed once I began stepping out of my comfort zone was the number of people in my life who were also making excuses. So many excuses, in fact, that looking back on our conversations together, we were always complaining and excusing! Imagine if we instead put all of that time into doing!

Like you, those you spend time with might not realize they’re making excuses, and trust me you can point it out all you want – it’s a realization everyone has to come to on their own before they can change. Jump start a new conversation; be the one who changes the tune. If you eliminate your excuses, you’ll likely encourage those you care about to do the same.

Depending on your goals, sometimes just thinking about them is overwhelming. This is especially the case with enormous goals, such as succeeding in a challenging career or building a business from the ground up. It’s too easy to become so overwhelmed you don’t get started at all.

Eliminate your excuses by creating the mother of all to-do lists as it relates to that specific goal. Break it down into itty bitty baby steps. Only work on one tiny step at a time, and hide the rest of the steps in a drawer. When you’re done the step, it doesn’t feel like it was such a big deal. Then move onto the next, and the next. This worked wonders for me when I started working on my first screenplay while simultaneously recovering from adrenal fatigue. Now, I’m able to work on it regularly—and comfortably—without a list at all.

Soon, you’ll look back on all of your tiny steps and will be amazed at your progress!

As they say, “Feel the fear, but do it anyway.” Recognize the excuses you’re making, own up to them, and do what you want to do regardless of what you think is holding you back. Yes, it’s a lot easier said than done, but it’s one thing to say you have control of your life and another to take control.

Building these habits is difficult, and sometimes painful in the moment, but afterward you feel refreshed and indescribably proud of yourself. So much so, you’ll want to set your next challenge right away. It’s an addictive practice once you get started! Make testing your limits fun and enjoy the process on your own terms.

6. Use Your Excuses As Signals

Once you recognize your excuses for what they are, you can begin using them to your advantage. Consider your excuses a signal to a deeper underlying problem. It’s a great way to familiarize yourself with what makes you tick. Each time you find yourself making an excuse, look into it further, find the true cause and work toward moving past it. The more you practice this, the less you’ll hold yourself back from your full potential.

There are times when you sincerely want to do something, but there are aspects of your schedule/lifestyle/workload that hugely conflict with what you want. In these instances, you’re not in denial or making excuses, you’re simply examining the roadblocks that are in your way. It’s when you allow these roadblocks to stay in place that they become excuses.

Oddly enough, it’s when something’s really important to us that we start layering on the excuses. If you immediately turn to a proactive attitude when these situations arise, and trust yourself to think of a solution, you won’t have to eliminate your excuses – you won’t be able to find one. 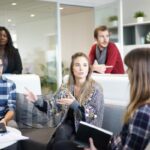 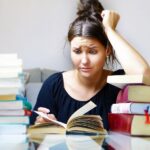 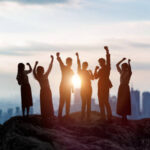 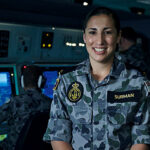 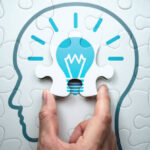 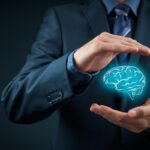 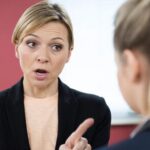 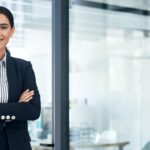